News  >  Blog  >  What the TfL Poster Girls exhibition can teach us... 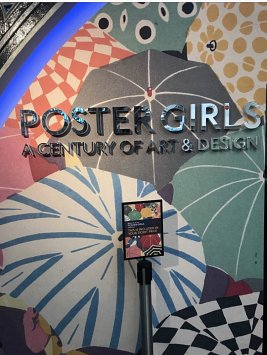 Poster Girls is the London Transport Museum’s latest exhibition, featuring leading female artists and illustrators who have worked for Transport for London over the past century. By showcasing these, often forgotten, heroines of graphic design, you can see a snapshot of how the decision to commission female talent in a male-dominated industry shaped the landscape of advertising and poster design across the 20th and 21st century.

I wasn’t sure what to expect before I visited. As a woman working in a (still) very male-dominated industry, particularly in senior positions, I thought it might be interesting to discover what progress has been made over the past 100 years, and possibly shine a light on the amount of work still to be done.

What I ended up walking away with was a whole host of learnings that we can apply to the current Out of Home advertising marketplace. By using the past to make positive changes for the future this would potentially benefit our advertising clients, and the people they serve.

I left the museum feeling really inspired. A big part of what we do at Outlook Media is building trusted partnerships so that we can really get to know a business and make more tailored recommendations. Seeing the showcase of historical advertising reminded me of the Steve Jobs quote:

“Simple can be harder than complex: You have to work hard to get your thinking clean to make it simple. But it’s worth it in the end because once you get there, you can move mountains.”

And perhaps the same is true of advertising. Maybe if we all applied a bit of clean thinking to our approach and stripped things back to their roots, we’d see a huge benefit in the way messages are communicated, absorbed and remembered.